Komen® NC Triangle to the Coast annually recognizes individuals and community partners who have made a difference in the fight against breast cancer with its annual Spirit Awards. These awards honor survivors and thrivers, co-survivors, volunteers, and community partners who are an inspiration to everyone touched by breast cancer. Each award pays tribute to those who bravely battle breast cancer and those who helped along their journey. The 2019 Awards were presented at the 6th Annual Finding Solutions Research Luncheon on December 5, 2019, held in Chapel Hill. 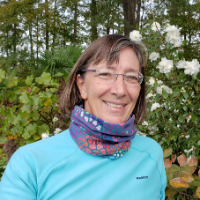 The Spirit to Inspire award is given in memory of Jeanne Peck, Komen NCTC founder, to recognize a volunteer that demonstrates commitment, passion, energy, and enthusiasm.

Christine has volunteered with Komen NCTC in a number of volunteer roles since relocating to the Triangle area in 2008. She has served as a race volunteer assisting with event day registration, staffing the Grants Program tent, and she has served on the Triangle Race Committee since 2015. In addition, Christine has served as a member of our Community Health Program Grants Committee, holding committee leadership roles both as secretary and as chair. She also participated in the Wilmington Race for the Cure for a number of years and has proudly attended every Finding Solutions Research Luncheon since the event’s inception in 2014. 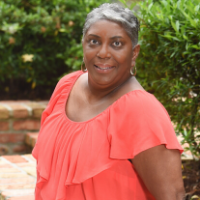 The Spirit to Impact award is given to an individual that is making an impact by supporting survivors/thrivers and being a catalyst for change in breast cancer outcomes.

Stephanie Walker is a career nurse who spent the last 10 years as a hospice nurse. She was diagnosed with metastatic breast cancer in July 2015, and in February 2019, was forced to retire from 37 years of nursing due to her diagnosis. Stephanie served on Komen NCTC’s Understanding Stage IV: Metastatic Breast Cancer conference planning committees for Edgecombe, Halifax, Nash, and Wilson counties. In addition, Stephanie has lobbied members of congress for adequate access to care and serves as a mentor and supporter to so many others diagnosed with MBC.

Stephanie and her husband, John, have been married for 19 1/2 years and currently live in Tarboro, NC. They have three grown children, six grandchildren, and a deaf Lab mix rescue, Bella. Today, Stephanie advocates on behalf of the metastatic breast cancer community and works on behalf of the underserved. 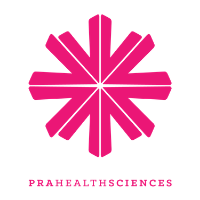 The Spirit to Involve award is given to a corporate partner that supports our Affiliate year-round in our fight against breast cancer.

PRA Health Sciences’ support of Komen NCTC began in 2017 as a Triangle Race for the Cure sponsorship and has since developed into an incredible partnership focused on fundraising, research, employee engagement, and raising awareness year-round. Over the past three years, 215 PRA employees have participated in the Triangle Race for the Cure and their creative fundraising efforts have raised over $32,000 to support Komen’s Community Health Grants Program and fund life-saving research initiatives.

In tandem with Komen scholars at local universities, PRA has hosted lunch-and-learn presentations for employees focused on the importance of clinical trials in breast cancer research, both of which sold out and received so much interest that they were broadcast to PRA office locations around the world! Komen NCTC is profoundly grateful for PRA’s annual support and for finding new ways to take action in the fight against breast cancer.