You are here: Home » 2017 Community Engagement

We had some amazing events and fundraisers this year in our local community and we want to highlight the impact that all of these teams, organizations, and sponsors are making in our local fight against breast cancer! Continue reading to learn about the creative community activities that helped make a difference! 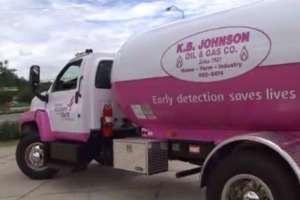 Since 2009 this local oil and gas company has been helping fight breast cancer one cent at a time from their famous pink oil truck! Every year K.B. Johnson Oil & Gas raises $5,000 to help support our work to fight breast cancer and we are so thankful for their support! Next time you see this PINK truck make sure to give it a good honk and wave! 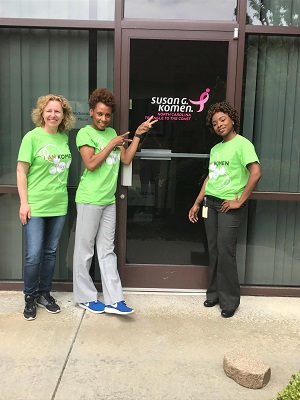 During the busiest season for Komen NCTC we had some amazing volunteers from BB&T, thanks to our avid supporter, Gena Wright. Gena not only teamed up with several co-workers to recruit more Triangle Race participants but also donated $1,500 from BB&T’s Light House Project to support the fight against breast cancer! We cannot thank BB&T and Gena Wright enough! 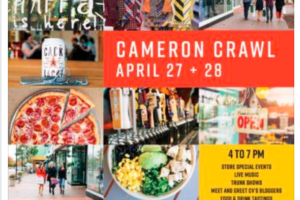 This year, for the first time, Cameron Village created an event called the Cameron Crawl that is an experience you do not want to miss next year! This event helped promote our Triangle Race for the Cure and helped raise funds for our local community through percent of sales during this two day event, which in total raised over $800! 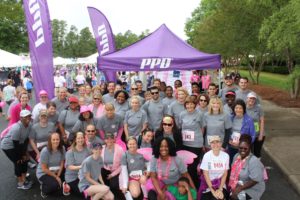 This year our Silver Sponsor, PPD came up with a creative incentive to help their team fundraise for the Triangle Race for the Cure! Every other Thursday before the Race their local offices had Casual Thursdays where employees could pay $3 and dress casual. This incentive not only spread awareness about the Race but helped them raise over $11,000! Way to go Team PPD! 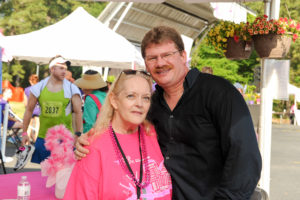 For the past three years, Mike and Linda Duffield have been hosting a Rock the Cure at the Blue Note Grill in Durham to help raise money for the Triangle Race for the Cure! This year, like every year, the music was amazing, the silent auction was filled with great items, and the wine pull was full of special finds, which helped them raise over $4,000! This event helped Linda raise over $10,000 for her Triangle Race for the Cure Team and she ended up being the Top Fundraising Survivor for the 3rd year in a row! 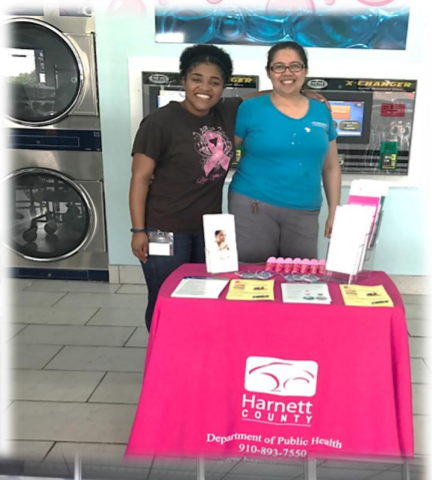 One of our 2017-2018 grantees, Harnett County Health Department has started a “Pink Laundry Basket Program” where they promote mammography screening and breast health information at coin operated laundry sites throughout the county. This program has had five successful site visits and has reached a total of 69 women so far! 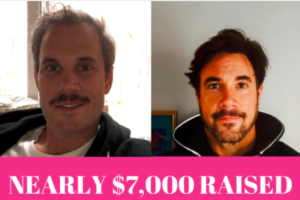 This November, three brothers teamed up to grow their mustaches out in support of their sister who passed away from breast cancer. This DIY fundraiser raised nearly $7,000 and they continued their fundraising efforts during the Triangle Race for the Cure. Their team “Living Life and Loving It” raised over $27,000! 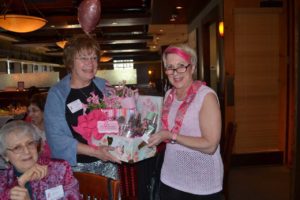 One of our key volunteers on the 2017 Triangle Race for the Cure Committee had a very special luncheon to help raise money for her Race team “Marge Madness for 3D Mammograms”. The luncheon had 70 women in attendance, with 13 breast cancer survivors, ranging from newly diagnosed to 40 year survivorship. Marge’s luncheon raised over $6,300 and helped her team ultimately raise over $8,000 to support the fight against breast cancer!